I have recently worked with a couple of clients who have been obsessing about and dominated by numbers – it turns out that a previous adviser had insisted that they use systems where everything is counted, measured and future performance is predicted. The problem is that many of the predictions were unrealistically optimistic and the subsequent counting and comparing has produced a sense of failure in the management team. Add in a feeling of overwhelm where the counting takes over from the doing and there is a feeling of inertia. I love numbers as much as, if not more than, the next man or woman but by no means are they the be-all and end-all of a business. So the Key Performance Indicators (KPIs) should be decided and monitored but they need to be realistic, easy to see and part of a system where changes can be made in response to stimulus.

I read the interview from which this is an excerpt whilst on a flight over the Irish Sea, and I was thinking that at the front of the ‘plane there were a couple of pilots with a bank of instruments in front of them which they were monitoring but not obsessing about. In the same way that when you drive a car you are subconsciously scanning speedometer, fuel gauge, temperature, sat-nav, rev-counter, rear mirrors and it’s only when one of these shows something for concern that you take action.

It’s the doing that is most important, not the counting – that’s just a tool.

Sidney Toledano has been the President & Chief Executive of Dior Couture since 1998. During his time in charge the group have opened another 200 stores and both turnover has risen from €134 million to €5 billion. In his interview in the FT recently I was struck by the former mathematician’s attitude to numbers and business. 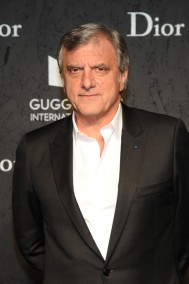 “We already had the culture at Dior, but we had to be more agile and reactive. That is why I always say, ‘If business is not good, don’t stay in the office’. Some people try to find out what’s wrong through the numbers. But if you stay in the office nothing will change.”

“My Father taught me it’s better to have no explanation for success than to have a lot of explanations for a failure. Success is intuition, action, decision and take some risks. Frankly, numbers; I see them every day when I get the worldwide update. I can see every single figure for every single piece. But I don’t spend more than 10-15 minutes on it because I follow them every day.”

“It’s like a good doctor. They see the numbers very quickly – temperature, whatever – but they talk to the patient. I’ve never seen a doctor fixing a problem with a thermometer. And you never fix a problem with the numbers. Don’t look and you miss everything.”