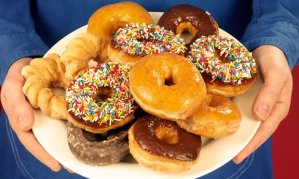 The news that three British physicists have been awarded the Nobel prize gives me some pride by distant association, my son is a physicist and understands the field infinitely (though he would probably dispute my use of that word) better than I do. I am trying to reacquaint myself with the subject that I studied through three examining boards at A-level by reading Carlo Revelli’s recent book.

Read all about the winners here.

What I did note was Sir Martin Rees’s comment, he is no relation but I share his views. The galloping scientific philistinism of politicians continues to make me despair. My son’s PhD studies are conducted in connection and co-operation with other European universities. He works alongside people from other countries who are contributing to increased knowledge and understanding. His department head is a professor who had the temerity to have been born beyond the White Cliffs of Dover.

Sir Martin Rees, emeritus professor of physics at the University of Cambridge, and the Astronomer Royal, noted that all three awardees were Brits who had “defected” to the US in the 1980s, when university budgets were being squeezed by the Thatcher government. “The UK scientific scene is now much stronger than it was then – thanks in part of the strengthening of science on mainland Europe,” he said. “But there is a serious risk, aggravated by the tone of Amber Rudd’s deplorable speech today, that there will be a renewed surge of defections, weakening UK science and causing us to fail to recoup our investments over the last 20 years.”

and in its entirety here.

..and if you want to know more about the picture go here.