Taken from John Naughton’s blog post “Global Warning” about Nick Harkaway’s new novel Gnomon where he shares the author’s blogpost which you can read in full here. These paragraphs struck a chord with me.

…..I remember the luxury of saying “we must be precautionary about surveillance laws, about human rights violations, because one day the liberal democracies might start electing monsters and making bad pathways, and we’ll want solid protections from our governments’ over-reach.”

I remember the halcyon days of April 2016 when I thought I’d missed the boat and I hadn’t written a warning at all, but a sort of melancholic state of the nation, and I really did think things might get better from there. Then Brexit came – I was half expecting that – and then Trump – which I was really not – and now here we are, with the UK boiling as May’s government and Corbyn’s Labour sit on their hands and clock ticks down and the negotiating table is blank except for a few sheets of crumpled scrap paper, and the only global certainty seems to be that this US administration will try to wreck every decent thing the international community has attempted in my lifetime, with the occasional connivance of our own leaders when they aren’t busy tearing one another to bits.

And now I’m pretty sure I did write a warning after all. …. 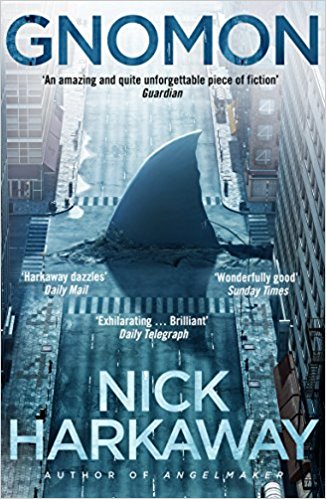