This is the 100th post since I started this blog in the dim and distant past. It’s also by part coincidence / part design the 300th Monday Morning Quote that means it’s the best part of six years since I started collecting the words and thoughts of others and sharing them.

There are two that I mutter to myself on a regular basis and have no problem in repeating today. One in a slightly fuller version than usual.

First up the wonderful Irish writer Samuel Becket from his play Worstward Ho, it also gives me the opportunity to enjoy the portrait of him taken by Jane Bown, who I was sad to read died just before Christmas, and to reflect on the story behind it. How many people do you know can boast that they are both Nobel Prize winners and have entries in Wisden? this quote could be applied to photography, cricket or writing.

Next is from Seneca on The Shortness of Life. I don’t know very much about Seneca, so let his words speak for themselves.

“It is not that we have a short time to live, but that we waste a lot of it.

Life is long enough, and a sufficiently generous amount has been given to us for the highest achievements if it were all well invested.

But when it is wasted in heedless luxury and spent on no good activity, we are forced at last by death’s final constraint to realize that it has passed away before we knew it was passing.

So it is: we are not given a short life but we make it short, and we are not ill-supplied but wasteful of it… Life is long if you know how to use it.” 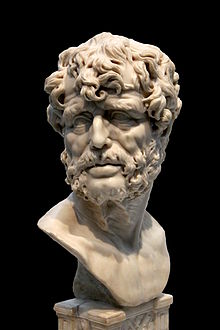